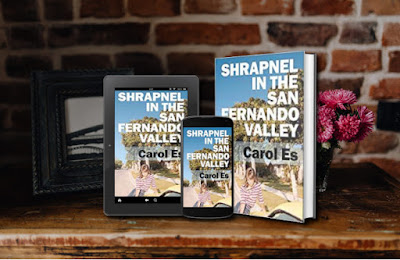 We are so excited to finally bring you the news that Shrapnel in the San Fernando Valley by Carol Es is released. This memoir will blow you away! 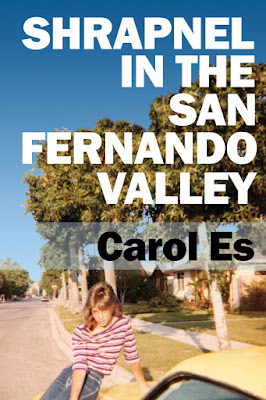 Shrapnel in the San Fernando Valley is a guided tour through a Tilt-A-Whirl life that takes so many turns that you may find yourself looking up from the pages and wondering how the hell one person managed to fit them all into 40-odd years. And many of them are odd years indeed. From a rootless, abusive childhood and mental illness through serious and successful careers in music and art, much of which were achieved while being involved in a notoriously destructive mind-control cult. Carol Es presents her story straight up. No padding, no parachute, no dancing around the hard stuff. Through the darkness, she somehow finds a glimmer of light by looking the big bad wolf straight in the eye, and it is liberating. When you dare to deal with truth, you are free. Free to find the humor that is just underneath everything and the joy that comes with taking the bumpy ride.

Illustrated with original sketches throughout, Shrapnel in the San Fernando Valley is not just another survivor’s tale, it’s a creative perspective through moments of vulnerability where the most raw and intimate revelations are laid bare. As an artist and a woman finding self-worth, it’s truly a courageous, relatable story that will keep you engaged to the very end. 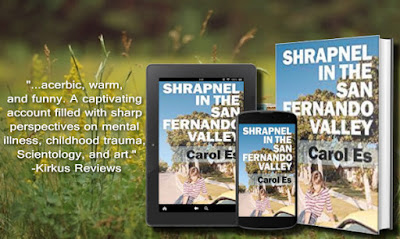 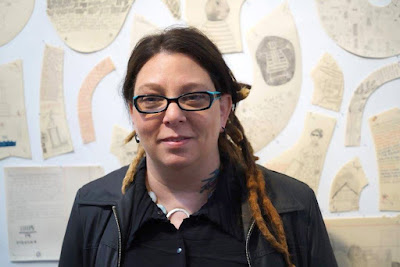 Self-taught artist, writer and musician, Carol Es is known primarily for creating personal narratives within a wide spectrum of media. A native Los Angelina, she often uses past experience as fuel for her subject matter.  Writing on art, her articles have appeared in Huffington Post, Whitehot Magazine, and Coagula Art Journal; her prose published with small presses — Bottle of Smoke Press, Islands Fold, and Chance Press among them. Additionally, she makes handmade Artist’s books which have been acquired for such collections as the Getty and the National Museum of Women in the Arts.

Carol is a two-time recipient of the ARC Grant from the Durfee Foundation, the Pollock-Krasner, and a Wynn Newhouse Award for her art. She’s also earned grants from Asylum Arts and the National Arts and Disability Center/California Arts Council for writing. In 2019, she won the Bruce Geller Memorial Prize (WORD Grant) from the American Jewish University.

Book Bloggin' Princess at 13 May

Welcome to Book Bloggin' Princess! My name is Princess Laia. I love most books but especially romance. I will review other genres including some nonfiction, children's books, thrillers, mysteries and historical fiction (hey a princess has to have a little diversity). Sit down, relax and enjoy a good book!